Bear with me.  I have an SEO point to make, but I’d like to wander a bit into my own little alternate universe of gripes and then bring it back around.  Maybe the analogy will work, and maybe it won’t…

Have you ever tried Google translate?  Are you happy with it?  I’m not.  It stinks, IMHO.  Take a look at this sentence I pulled from an Italian news article that Google “translated”:

But not quite seen that, Castagnetti recalls, “I did these and other budget items that were too summary, explanations and asked, after a discussion, the 2011 budget was not voted and returned to the clarification of an ad hoc” 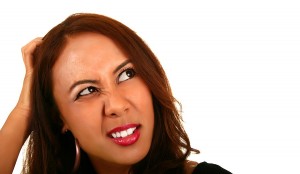 Huh?  And you call this a “translation.”  Really?  I’d like to suggest that no human who reads English would be happy with that translation.  And why is that?  Because a machine wrote it and a human has to read it, and never the twain shall meet.

So, are you writing content primarily for search engines?  Really?  Unfortunately some SEO guys and gals write so much for the engines that they forget about the humans.  However, as bad as Google is at translating (and to be fair, there isn’t much tougher of a challenge than translating one language into another), they realize that something written for a machine might please a machine but not a human.

Google, above all else, is in the business of pleasing humans.  If they serve up search results that sound like that piece of translation I cited, about as many people will use the Google search engine as currently use Google translation, which isn’t many.

So Google has the best and brightest of their talent working on something other than translation (as if we couldn’t tell).  That something is called Natural Language Processing (similar too, but not to be confused with, Latent Semantic Indexing, or LSI).  This represents their quest for tools to screen out the content garbage and allow well-written content, content that keeps humans happy, to rise to the top.

Let's Get to Work!

With that in mind, here’s your tip and your action agenda.  I suggest you use this as your bottom line on anything you produce for your site:

If you create your content according to these principles, you will be building content that will, with time, make your site stand out to both humans and search engines as high-quality, worthy of showing higher in SERPs, and worthy of recommending to friends.  That’s the best of all worlds.

Hands on SEO Training
that's Specific to Your Website

Take our "Real World SEO: Essentials" course today and learn how to develop an SEO action plan for your unique website needs.